To anyone who’s ever doubted the power of female voices, where were you on Friday 8th June??

Because Wish were busy launching our Women’s Mental Health Network with our ‘Turn Up The Volume’ event that included an all-star female line-up of poets, comedians and singers!

The night was opened by the wonderful poets Charly Cox and Momtaza Mehri. Charly took to the stage first at our beautiful Camden venue, Cecil Sharp House. 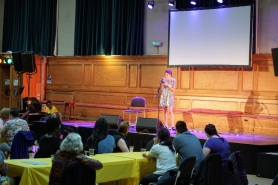 Charly opening up the show!

She treated us to some sneak previews of poems that’ll feature in her upcoming collection ‘She Must Be Mad’; and Momtaza Mehri, the newly announced Young People’s Poet Laureate for London, had the audience hanging on her every word with her captivating performance. 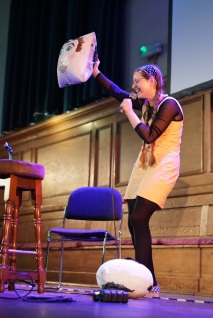 Jessie Cave performed a snippet from her show ‘Sunrise’

Up next: comedy! Jessie Cave, Jodie Mitchell and Chloe Green certainly brought the laughs! From Jessie Cave’s performance involving hand-made puppets (which was so funny Jodie had to pause her set to finish laughing), to Chloe’s game of ‘Lesbian or Corbynista’, to Jodie’s (very accurate) observations about soya milk, our brilliant comedians had us in hysterics! 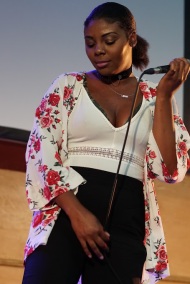 Malika taking to the stage…

We finished off the night with a boogie to musicians Malika and Misha B. Malika got us up dancing to songs from her new EP and she even serenaded an unsuspecting audience member! And Misha B ended the event in style, enchanting the audience with her soulful tones as she celebrated sisterhood through her music.

And our wonderful host for the night was radio DJ Remel London, who brought the energy, getting us to (very literally) Turn Up The Volume!

Over to our audience…

Thank you to everyone who came out to Turn Up The Volume with us, it was lovely meeting and chatting with you all at the end of the night. We’ve also been having a natter about the event using #TurnUpTheVolume on Twitter, so we wanted to share some of your news and views from the night…

.@WishCharity your event last night to launch your womens mental health network was so inspiring and uplifting. Especially happy to have seen @IamMishaB perform, we’re now instant devoted fans. Next action for me: join the network! https://t.co/USypao2Iv8

@WishCharity Thanks for fantastic night of female talent at #Turnupthevolume on mental health for women event, treating us to final act of extremely talented @IamMishaB ❤️💚💜 pic.twitter.com/pl0zo28lAq

@WishCharity
TURN UP THE VOLUME WAS A GREAT EVENT.
(Funny, Poetic and Musical)
To make things better i gave Wish a generous Donation at the event.
Bye from a Writer pseudonym Aqua pic.twitter.com/cz0JZK2MAM

⁦@IamMishaB⁩ finishing off a great night night. Thank you ⁦@WishCharity⁩ #mentalhealth making sure we are not ignored or further traumatised pic.twitter.com/cipuACb1Me

What was it all for?

Female voices are often silenced, particularly when it comes to the mental health and criminal justice system, but the launch of our Women’s Mental Health Network was all about turning up the volume on these voices. 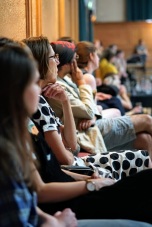 A snap of our brilliant audience

The Network’s aim is to improve the current mental health system for women, tailoring the services provided to be more gender-specific so that women within the system will be believed, respected and treated like human beings. 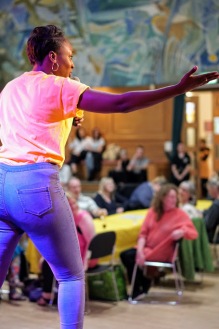 Our host for the night: Remel London!

The Network not only brings together organisations working in women’s mental health, but also in other related areas, from homelessness to trafficked women, working to unite organisations from across sectors to create a strong body that represents an inclusive and diverse group of women.

Importantly, the Network is user-led, meaning it will give women with mental health needs a voice. You can find out more about the Network here, and you can join the Network by filling out this form.

Now our Woman’s Mental Health Network has officially launched (eek!), Wish will be reaching out to 5000 women through a consultation document and asking them to identify the top three issues that we need to campaign to change, and we will then be driving this change forward through the Network.

This document will be called Turn Up The Volume as it will put the voices of women who are in, or have been in, the mental health and/or criminal justice system front and centre.

To be the first to find out when the document will be available, join our online community. You can find Wish on Twitter, Facebook and Instagram @wishcharity.

We’ll hope you’ll continue to Turn Up The Volume with us!