“In the Caribbean, which is my heritage, there’s a saying – they who feels it knows it. If you feel comfortable with someone, someone you think will understand you, you’re more likely to raise concerns.”

Marie Gabriel is head of the East London NHS Foundation Trust – a body which provides mental health and community services across East London. She recently chaired a podcast about improving the experiences and representation of BAME staff in the NHS. For her, having a diverse and representative workforce is vital in improving the experiences of people using mental health services. 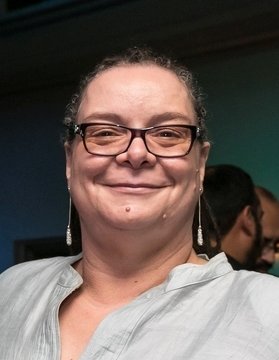 “There’s a lot of international studies where they put together a group of people who are very successful and give them a problem, and then they give the same problem to a more diverse group. What they constantly find is the diverse group would come out with a range of different solutions and come out with a better solution. That’s incredibly important.”

At heart, Marie is a social activist. The 57-year-old campaigned for people who were dying in police custody, and has always worked to promote the rights of those with mental health needs, making sure the public know that a prison cell isn’t the place for someone with a mental illness.

She joined the ELFT six years ago, and while she’s incredibly proud of the work that’s been done in that time (the trust has gone from a good to outstanding CQC rating), she said the experiences of BAME people – both for staff and users – is something that needs improvement.

“The podcast came into being because there’s concern within the health service about BAME staff having less of a positive experience in comparison to other colleagues,” she said.

In the health service, Marie said there’s a direct correlation between how staff feel within the organisation, and the quality of care that’s provided. If you feel like you can progress, or even get a job in the service in the first place, you’re more likely to  be an effective caregiver.

This has a knock-on effect for the service users. Marie said that statistically, BAME people will have a harder time accessing mental health service than others  – especially young, black men. By having a more diverse workforce, it helps increase the accessibility for diverse communities.

“In the Caribbean, which is my heritage, there’s a saying,” she said.

“‘They who feels it, knows it.’ If you feel comfortable with someone, someone you think will understand you, you’re more likely to raise concerns.

Marie said for young black men, it can be harder to access services like talking therapies than for their white counterparts. The use of restraint has also been a key focus – people will react to shows of force differently, and for women, seeing that power dynamic might put them off approaching services.

“It’s not about treating people differently because of their background,” she said.

“It’s about making sure people have access to services which are shaped by their needs and their aspirations.

“Who are you as a human being, what are the range of things that might have contributed to your lack of wellbeing at this place and time and how can we support you and manage your condition and your recovery? It’s how about how we approach everybody as an individual.”

Marie believes the barriers which exist that stop certain groups, like women and people from BAME backgrounds, from accessing the services they need, could be removed if those services reflected them better. But that’s not to say the NHS isn’t getting there already.

“Equality of all forms is on a journey of improvement,” she said.

“When I think about who inspires me, it’s my staff. There’s a young man on our forensic ward, which is for people who have committed a crime and are too unwell to go to prison. I asked him what keeps him motivated. He said it may take months or even longer, but at one point, you will make a human connection. The humanness, support and warmth, and that moment of connection, keeps him going. These staff work long hours, and don’t get paid well, but they work always with laughter, warmth and respect.”